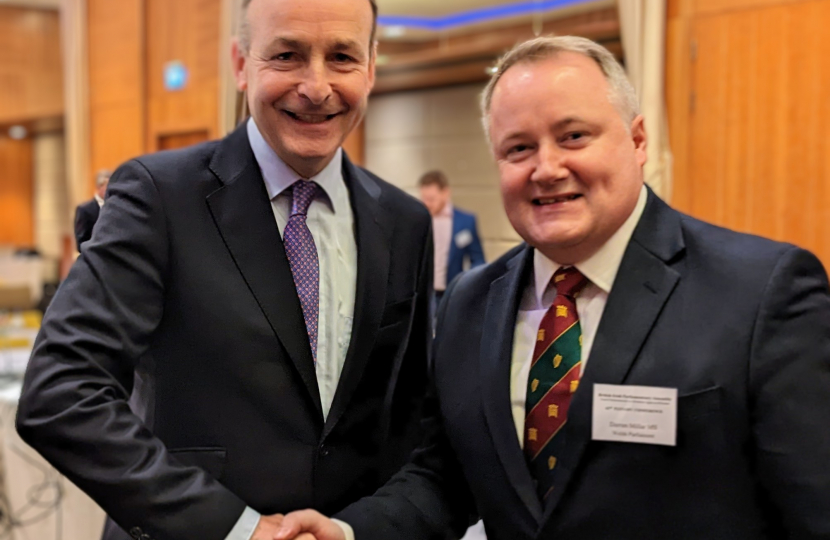 Darren met with An Taoiseach Micheál Martin TD in Cavan, Ireland, where he was part of a Welsh delegation from the Senedd to the British-Irish Parliamentary Assembly.

As well as discussing strengthening links between Wales and Ireland, they also spoke about the work of the Irish, Welsh and UK Governments in promoting trade and tourism.

“As an Irish citizen It was an absolute joy to meet the Irish Prime Minister during our visit to the Irish Parliamentary Assembly.

“I am very proud of my Irish roots, so this opportunity to meet and have discussions with the country’s Prime Minister was a real honour.

"As two Celtic nations, Wales and Ireland have a special bond which I we must do more to celebrate and build upon."