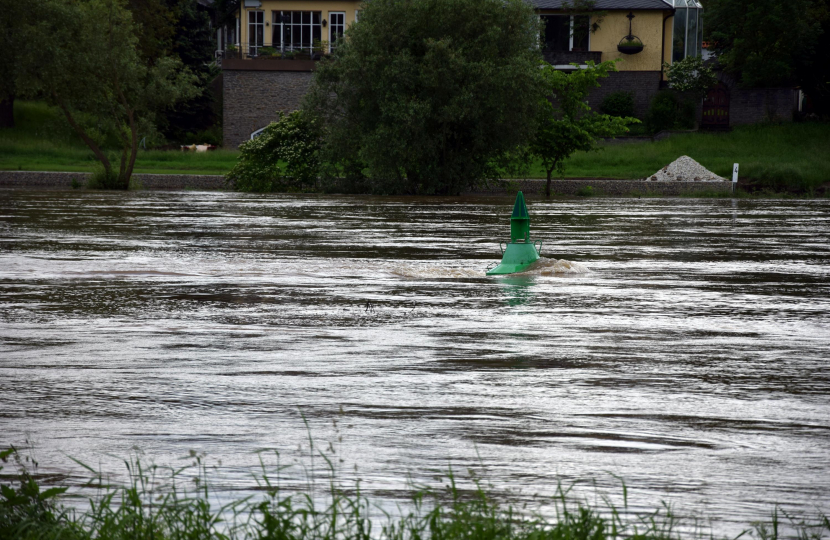 Clwyd West MS Darren Millar raised the need to upgrade the sea defences in Towyn and Kinmel Bay in the Welsh Parliament last week and challenged the Environment Minister over what action the Welsh Government has taken  to this end.

Residents regularly receive flood alerts because of the inadequate defences and Darren has made repeated calls for the Welsh Government to show some leadership on the issue.

Raising the matter again in the Senedd last week, he said:

“You'll be aware of the flood risk that still exists in the Towyn and Kinmel Bay area, an area that has had devastating impacts from flooding in the past. I know that the local authority is very keen to progress with some works in that particular area in terms of reinforcement and replenishment of the beach defences, particularly around the Sandy Cove area and throughout Towyn and Kinmel Bay.

“Can I ask what progress there has been from a Welsh Government perspective on this, and when local residents will be able to see some construction works under way in order to invest in those defences to bring them up to standard?”

The Minister said she could not provide a date but that her “officials are working with Conwy County Borough Council to develop an outline business case for investment for Kinmel Bay and Llanddulas” and that works would include improvements to the “frontage in Towyn”.

Speaking afterwards, Darren, whose family home was hit by the Towyn floods on 26 February 1990, added:

“I was just a teenager when a combination of storm-force winds, a high tide and extreme wave conditions caused a 400m long breach of the sea wall in Towyn flooding thousands of properties, including my family home. We were unable to move back into our home for 6 months as my parents battled with the insurance company and oversaw the building repairs. It was awful and it has saddened me to witness further homes being flooded in North Wales in recent years.

“People in Kinmel Bay and Towyn should not have to suffer worry about further flooding so we need to see the Welsh Government to bring these defences up to scratch as soon as possible.”