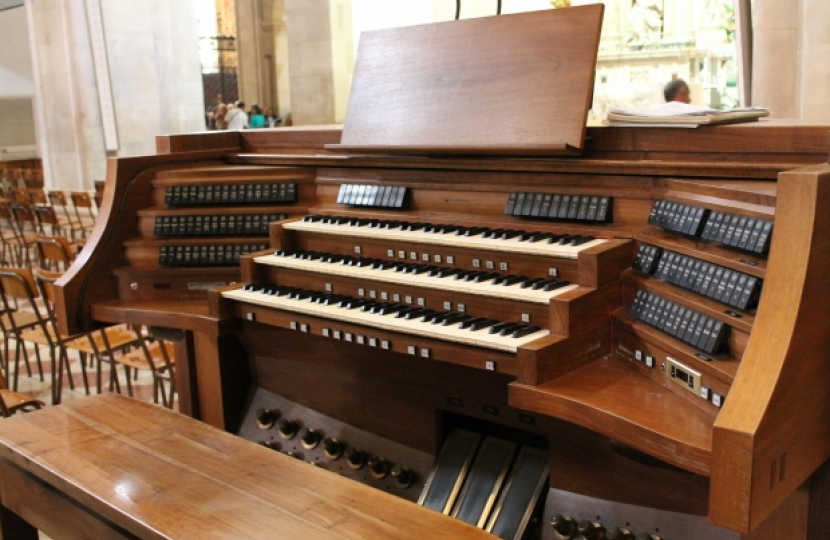 Clwyd West MS Darren Millar has challenged the Welsh Government over its “bizarre” ban on the use of church organs during worship during the Covid-19 pandemic.

There is no such ban in places on worship in other parts of the UK and Darren has contacted the Welsh Government to ask why such a decision has been made here in Wales.

“This matter was brought to my attention by a Minister in my constituency who is completely perplexed by the ban and told me that church members and organists are up in arms.

“It was the first I had heard of it. There has been no vote on the issue in the Senedd and I simply can not understand why it has been imposed.

“The UK and Scottish Governments have only restricted the use of wind instruments that require breath to be operated so church organs are permitted.

“As pipe organs do not require the use of human breath it does seem very odd that places of worship in Wales, unlike Scotland, Northern Ireland and England, are prohibited from using them for worship.

“I have therefore written to the Welsh Government asking them to explain their actions. Hopefully, they will come to their senses soon and lift this ridiculous ban.”

Clwyd West MS Darren Millar is thrilled by news that Ruthin has been confirmed as the preferred location for the new Welsh Cycling North Wales Velodrome.