Welsh Government urged to “get to grips with unacceptable ambulance delays” 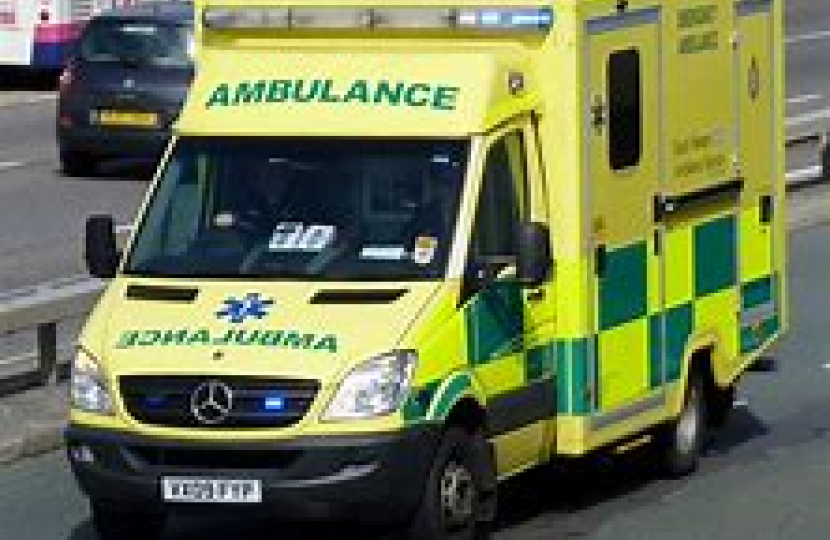 Clwyd West MS Darren Millar is calling on the Welsh Government to “get to grips with unacceptable ambulance delays” which left a Denbighshire man with severe burns waiting over an hour and a half for an ambulance to arrive.

Chris Williams-Ellis was in a mechanic pit in his garage in Bryn Saith Marchog, Denbighshire on 8 September when the car he was working on caught fire above him. He suffered 45% burns, but had to wait 90 minutes for an ambulance to arrive.

But Darren said apologies are not good enough and he is therefore urging the Welsh Government to take drastic action to improve ambulance response times in Wales.

“It is absolutely appalling that someone with 45% burns to their body was left waiting in excruciating pain for 90 minutes and is expected to accept a simple apology. My constituents are fed up with apologies and, like me, want to see real change.

“People in North Wales need to know that ambulances will arrive in time for us or our loved ones when emergencies strike. We need to have confidence that in life-threatening emergencies, we can dial 999 and will receive a very swift response.

“Ambulance response times have been wide off the mark in Wales for years now as a result of system wide problems in our NHS and sadly Chris is not the only person to have suffered as a result.

“The Welsh Government must get to grips with this once and for all and take the action necessary to prevent similar incidents in the future.”

Clwyd West MS Darren Millar has welcomed news that people across his constituency will have better access to Covid-19 tests over the next few weeks thanks to the opening of a temporary walk-in testing facility in Ruthin.