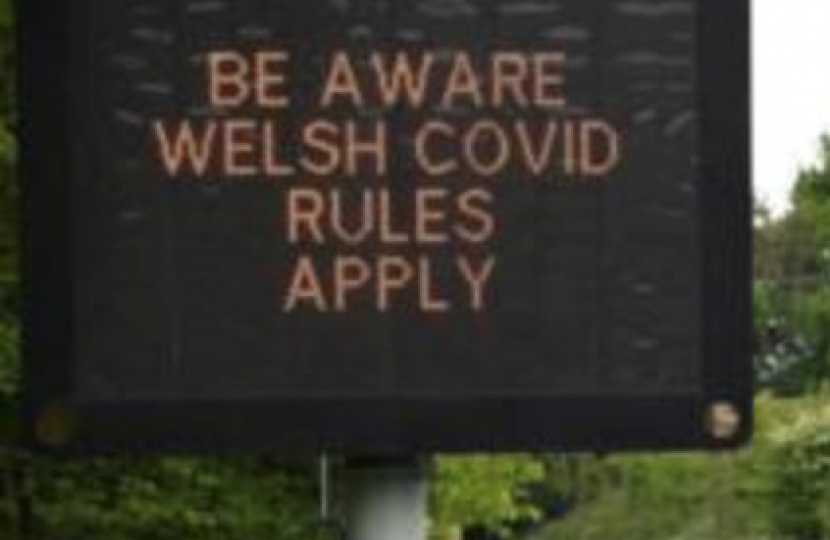 Clwyd West MS Darren Millar has criticised the Welsh Government’s latest restrictions and emphasised the need for a targeted approach instead.

Speaking at a Welsh Government press conference on Wednesday, the First Minister said that the country would go in to another lockdown from December 28.

He later announced that the Welsh Government will put new guidance that states only two households can form a "Christmas bubble" during a five-day period into law ahead of the festive period.

Darren has received scores of calls and emails from constituents unhappy with the latest restrictions.

“To impose the same level of restrictions in all parts of Wales is unfair and disproportionate.

“While the Welsh Government has clearly lost control of the pandemic in South Wales, the situation in much of North Wales is very different and requires a different response.

“The coronavirus is circulating at different rates in different parts of Wales and we need a targeted approach to restrictions that takes this into account.’

With regards changes to Christmas arrangements, he added:

“These decisions are a fine balancing act, but changing the rules on Christmas bubbles with just days to go has caused a great deal of distress to many people across Wales who have already made their plans to spend Christmas together.”

MS helps raise awareness of smear tests during the pandemic